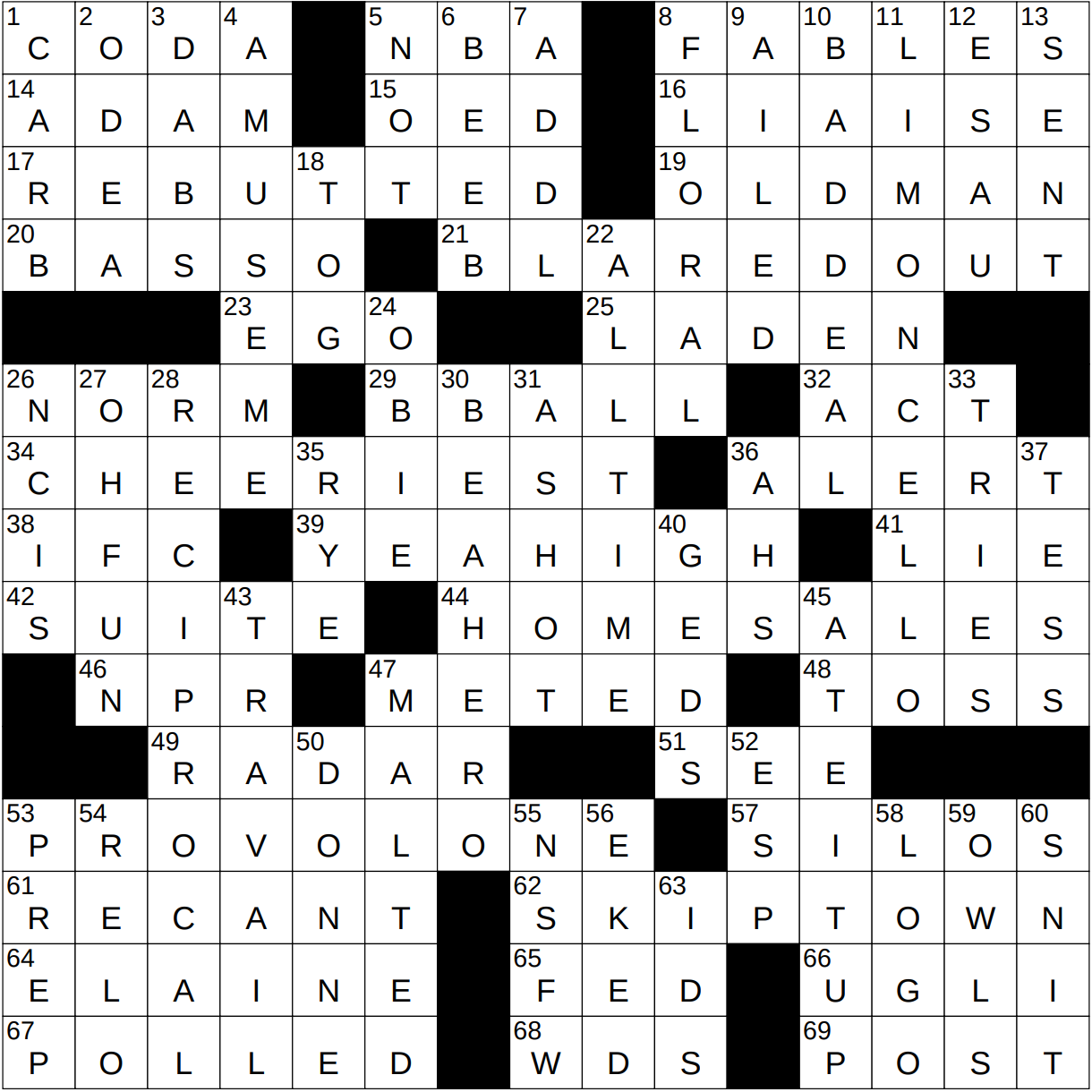 Themed answers make sense after we SKIP the TOWN hidden in the apparent answer, a TOWN in the state specified in the clue:

“Layla” is one of the great rock anthems of the seventies, released by Derek and the Dominos as a single in 1971. It is a masterpiece of composition, with the first half of the song a great vehicle for the guitar-playing talents of Eric Clapton. The second half is a beautifully melodic piano coda (a coda … taking up half the length of the track!). To top things off we have the “unplugged” version recorded by Clapton in 1992, a fabulous and inventive variation on the original.

(skip BUTTE to get RED)
The city of Butte, Montana was founded as a mining town in the late 1800s. Although mining brought great growth to the area, it also brought environmental problems. Today, Butte is home to the country’s largest Superfund cleanup site.

Gary Oldman is an English stage and screen actor. Like many English actors it seems, Oldman has played a lot of villains in Hollywood movies e.g. in “Air Force One” and “The Fifth Element”. My favorite Oldman performance is as Ludwig van Beethoven in “Immortal Beloved”. He also gave an outstanding, and Oscar-winning, portrayal of Winston Churchill in “Darkest Hour”.

“Darkest Hour” is an excellent 2017 WWII movie about Winston Churchill during the early years of the war. Gary Oldman’s excellent performance as Churchill earned him that season’s Best Actor Oscar. Churchill had used the phrase “the darkest hour in French history” to describe that nation’s invasion by Nazi Germany in 1940.

The city of Mesa, Arizona is in effect a suburb of Phoenix. The original settlement of non-Native Americans was founded by Daniel Webster Jones who led a Mormon group from St. George, Utah. The settlement was first called Jonesville, then Fort Utah and eventually Lehi. A second group of Mormons arrived and formed a settlement on top of a nearby mesa. It was this use of a mesa that eventually gave the city its current name.

49 Evidence provider for some citations : RADAR

Elaine Thompson-Herah is an Olympic champion sprinter from Jamaica. In a 100m race in 2021, she became the first woman to break the 40 km/h barrier.

In ancient Greece, an odeon (also “odeum”) was like a small theater, with “odeon” literally meaning “building for musical competition”. Odea were used in both Greece and Rome for entertainments such as musical shows and poetry readings.

“EastEnders” is a very, very successful soap opera produced and aired by the BBC since 1985. The title refers to the East of London.

The East End of London was associated with overcrowding, poverty and accompanying social strife. It is also very much associated with Cockney culture and dialect. The traditional definition of a Cockney is someone “born within the sound of Bow Bells”, the bells in the church of St Mary-le-Bow on the thoroughfare Cheapside.

Limoncello is a rather tasty lemon liqueur that is mostly associated with Southern Italy. I’ve come across California-made limoncello quite a lot in recent years …

37 Actress Harper of “No Country for Old Men” : TESS

“No Country for Old Men” is a 2007 thriller made by the Coen brothers that is based on a novel of the same name by Cormac McCarthy. I have to put this one on my list as I hear good things about it. It won several Oscars and stars Tommy Lee Jones, a favorite actor of mine.

40 Their scores are on some coll. applications : GEDS

50 Poet who originated the phrase “For whom the bell tolls” : DONNE

55 “Careful where you open this” indicator : NSFW

58 A bird in flight, for Lufthansa : LOGO

The Hanseatic League was a confederation of merchant guilds and market towns that stretched along the Northern European coast from the 13th to the 17th centuries. Also known as the Hansa, the league is remembered today in company names like “Lufthansa”, the airline (translating as “Air Hansa”).

Owls have 14 vertebrae in their necks (compared to our 7). The extra bones in the neck, along with other adaptations allow owls to rotate the head and neck about 270 degrees.