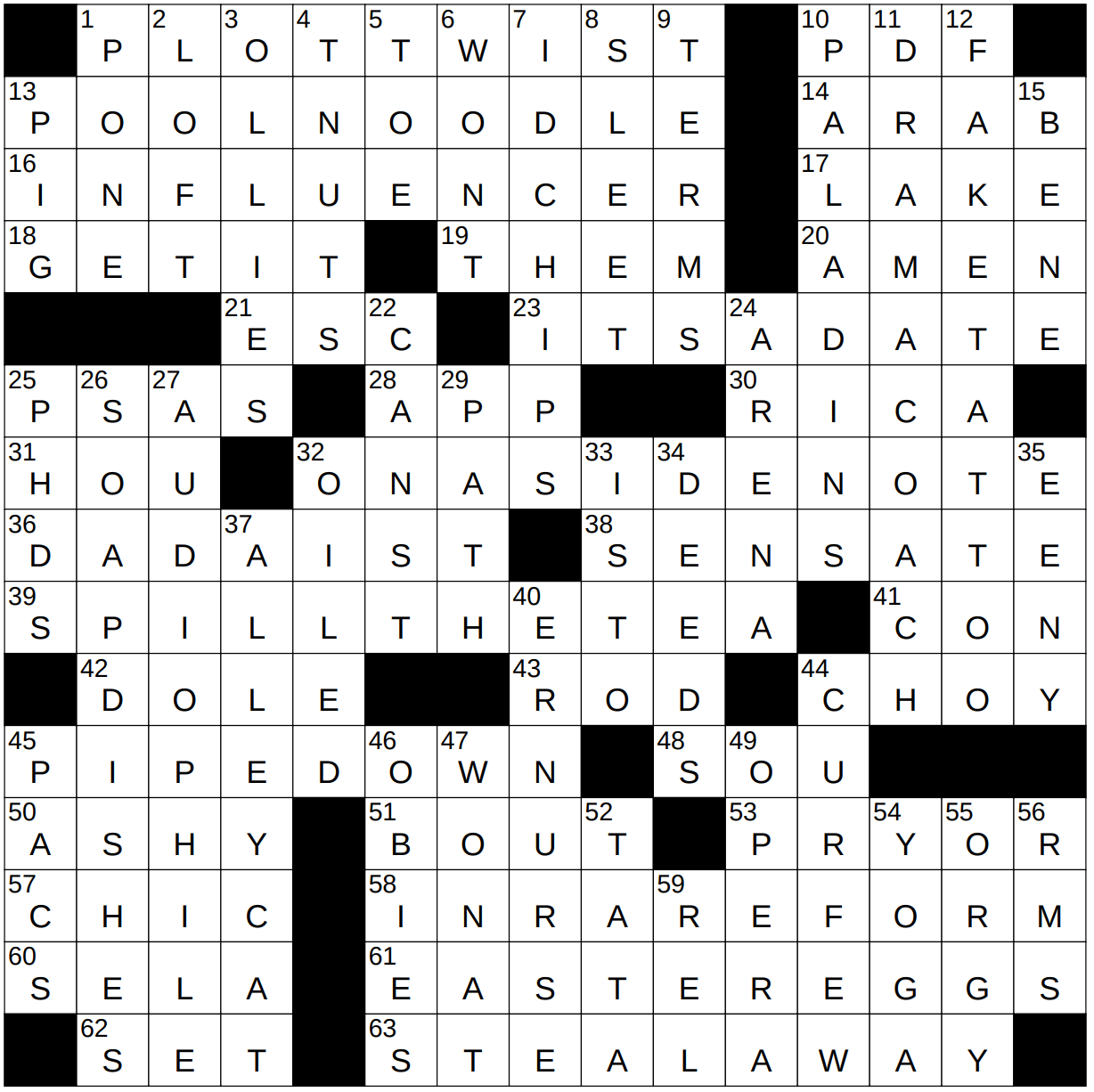 Lake Winnebago is the largest lake located entirely within the state of Wisconsin.

31 The Rockets, on a sports ticker : HOU

39 Spread some dirt : SPILL THE TEA

53 Comic who said “I’m not addicted to cocaine. I just like the way it smells” : PRYOR

61 They’re rolled out once a year at the White House : EASTER EGGS

Tradition states that the first Easter Egg Roll in the nation’s capital was staged by Dolley Madison, wife of President James Madison. The inaugural event was held in 1814, but not at the White House, where it is held today. That first Egg Roll was held on the grounds of the US Capitol. After a new lawn was planted in 1877, Congress passed a law making it illegal to use the lawn as a children’s playground (boo! hiss!), and so President Rutherford and his wife Lucy brought the Egg Roll to the White House (hurrah!).

A T-nut is so called because it has a T-shape when viewed from the side.

The paladins were warrior attendants of Charlemagne, the King of the Franks. Also called the Twelve Peers, the paladins often feature in fictional tales of heroism about the period.

In Italian, the crossword solving experience might be “molto bene” (very good).

Thou art capable, thou canst.

49 Word with light or space : OPERA