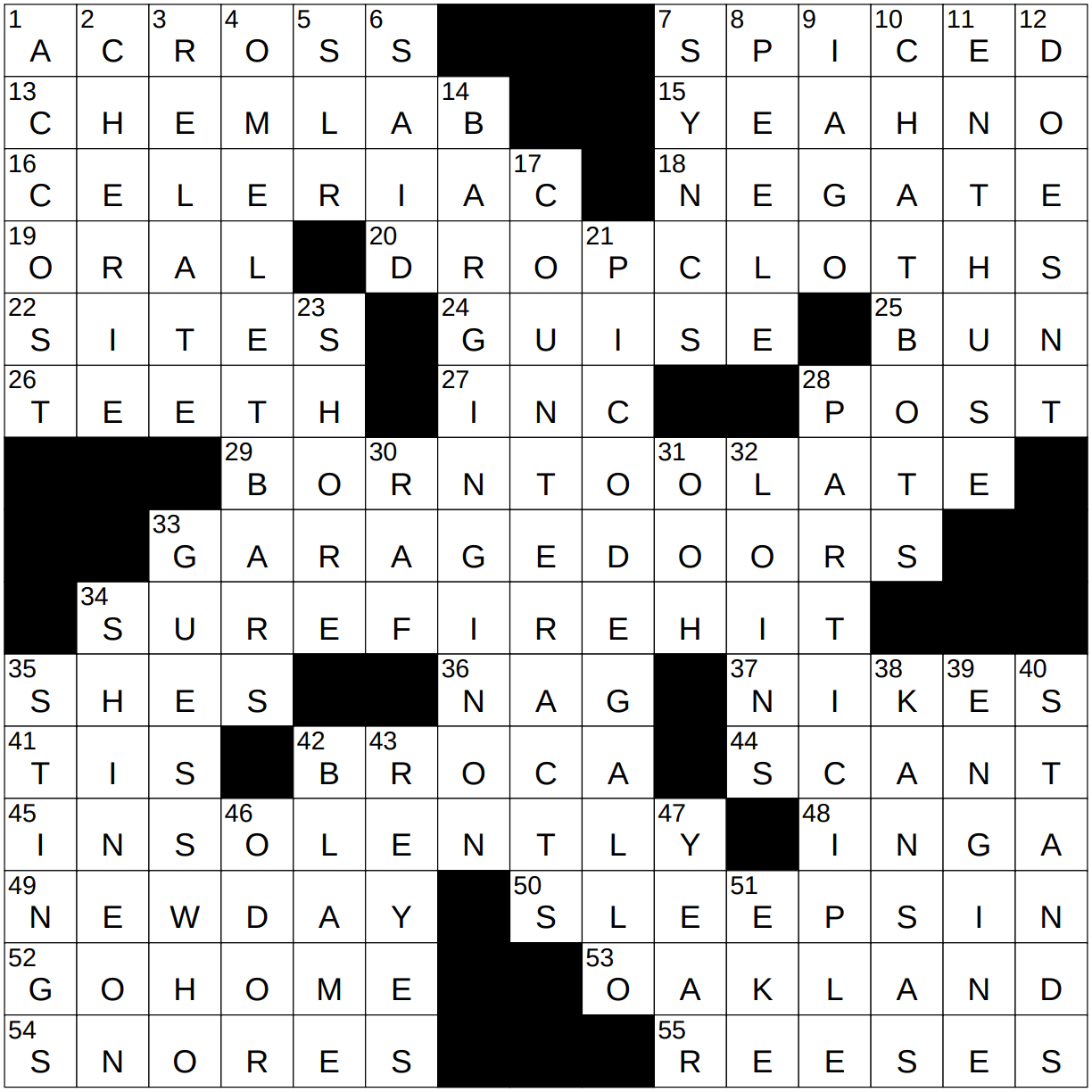 29 Like Gen-Z fans of classic rock, say : BORN TOO LATE

Nike was founded in 1964 in Eugene, Oregon by entrepreneur Phil Knight and track-and-field coach Bill Bowerman as Blue Ribbon Sports (BRS). BRS started out by distributing athletic shoes made in Japan. The company started making its own shoes in 1971 and changed its name to Nike, after the Greek goddess of victory.

42 Scientist for whom a part of the brain is named : BROCA

Paul Broca was a French physician who provided the first anatomical proof that brain function was localized. He studied the brains of individuals suffering from aphasia, the inability to formulate language due to brain injury after a stroke or head trauma. Broca discovered that aphasia patients had lesions in a specific part of the brain, the left frontal region. This region of the brain’s cortex that is responsible for language is now called Broca’s Area, in his honor.

The Black Panther Party (BPP) was a far-left revolutionary organization founded in 1966 in Oakland, California. The BPP dissolved in 1982.

To buttonhole someone is to hold a person in conversation against his or her will. The verb “buttonhole” evolved from “buttonhold”, so the original concept was to detain someone by grabbing a coat-button.