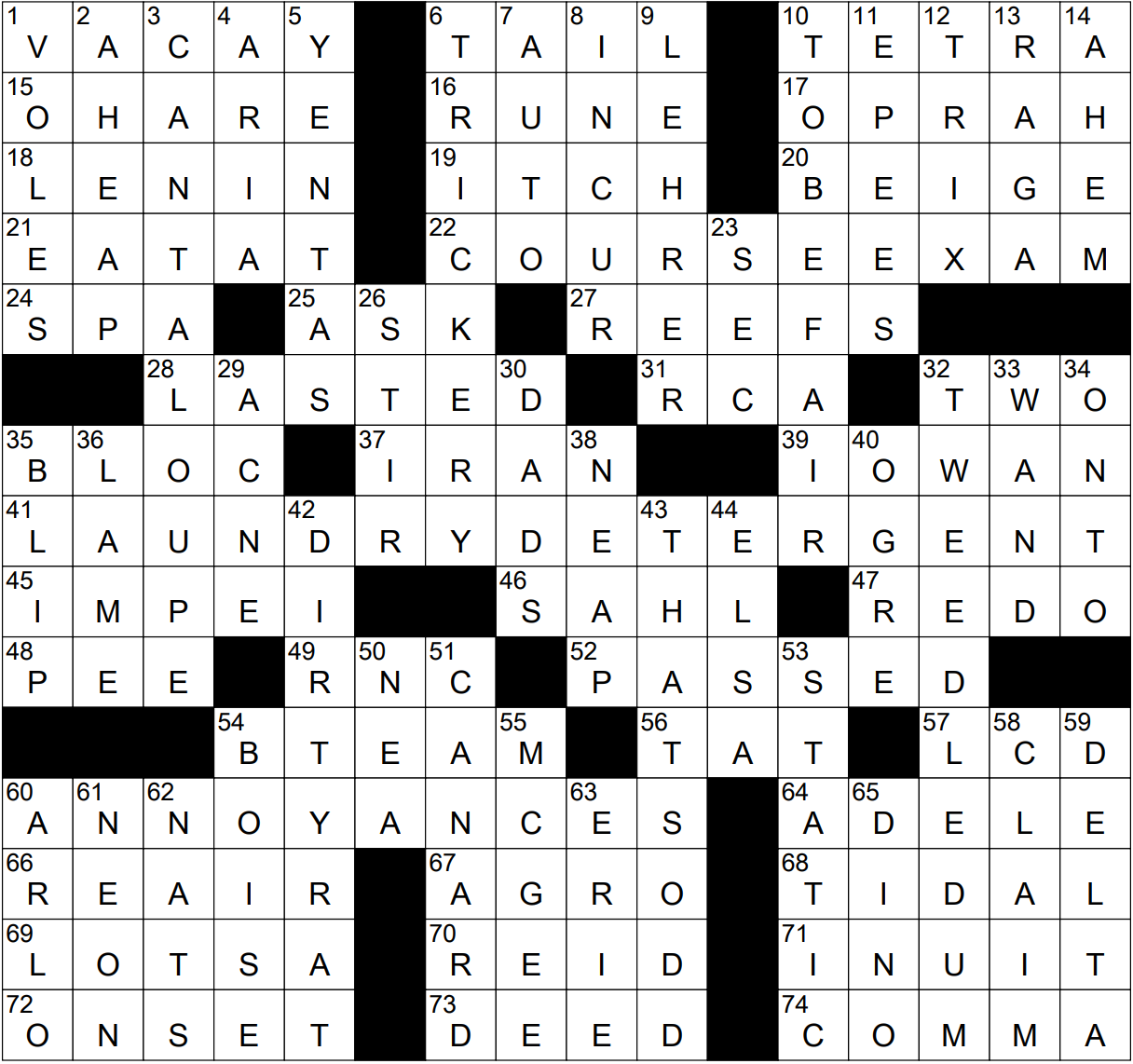 Themed clues are common phrases reinterpreted, by adding a comma:

“Lenin” wasn’t the birth name of the Russian leader. He was born Vladimir Ulyanov, and originally used “Lenin” as a pen name.

The Gulf of Oman isn’t actually a gulf, and rather is a strait. It connects the Arabian Sea to the Strait of Hormuz and hence to the Persian Gulf.

The Quad Cities are a group of five cities located on the Iowa-Illinois border and on either side of the Mississippi River. The Iowa cities are Davenport and Bettendorf, and the Illinois cities are Rock Island, Moline and East Moline. The grouping was originally just three cities (Davenport, Rock Island and Moline) and used the name “Tri-Cities”. This changed to “Quad Cities” as East Moline grew to a size comparable to the original three cities. With the growth of Bettendorf, the list of linked cities became five. There has been talk of changing the name to “Quint Cities”, but it doesn’t seem to be catching on.

Mort Sahl is a Canadian-born actor and comedian who moved to the US with his family when he was a child. Sahl became friends with John F. Kennedy. When Kennedy became president, Sahl wrote a lot of jokes for the President’s speeches, although he also told a lot of Kennedy jokes in his acts. After the President was assassinated in 1963, Sahl was intensely interested in finding out who was behind the crime and even got himself deputized as a member of one of the investigating teams. He was very outspoken against the results of the Warren Commission report on the assassination, and soon found himself out of favor with the public. It took a few years for him to make his comeback, and come back he did.