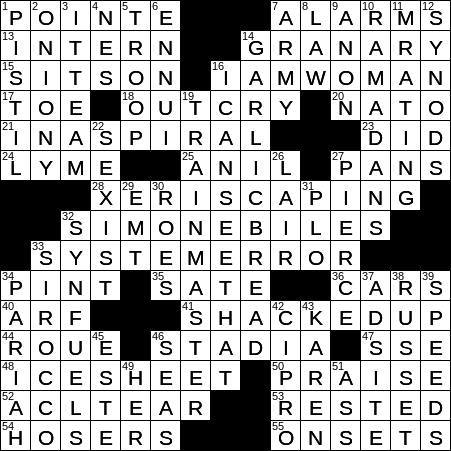 In the “Dilbert” comic strip, the character named Asok is one of Dilbert’s coworkers, and a graduate from the Indian Institute of Technology. “Dilbert” creator Scott Adams named Asok for a friend and former coworker of his own at Pacific Bell.

34. Word after half or before size : PINT

33. It blows across the Mediterranean : SIROCCO

Ciprofloxacin (aka “cipro”) is an antibiotic used to treat a whole host of bacterial infections including anthrax.

Este is a town in the Province of Padua in the north of Italy. The town gave its name to the House of Este, a European princely dynasty. Members of the House of Este were important patrons of the arts, especially during the Italian Renaissance. The House of Hanover, that ruled Britain from 1714 to 1901 when Queen Victoria died, was perhaps the most notable branch of the House of Este.