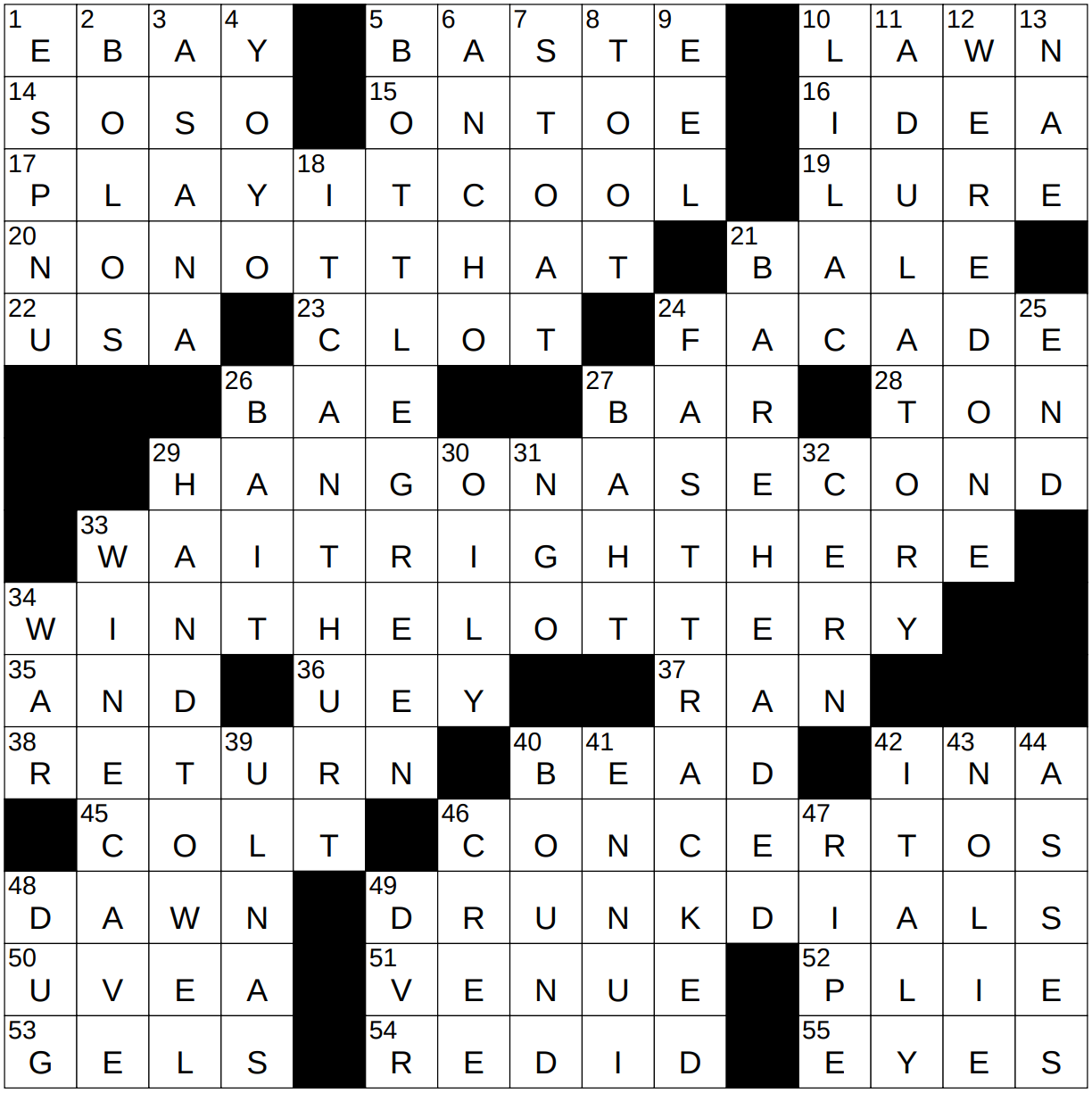 Constructed by: Rafael Musa
Edited by: Will Shortz

The main feature of the Skype application, when introduced, was that it allows voice communication to take place over the Internet (aka VoIP). Skype has other features such as video conferencing and instant messaging, but the application made its name from voice communication. Skype was founded by two Scandinavian entrepreneurs and the software necessary was developed by a team of engineers in Estonia. The development project was originally called “Sky peer-to-peer” so the first commercial name for the application was “Skyper”. This had to be shortened to “Skype” because the skyper.com domain name was already in use.

5 Help out with Thanksgiving dinner, in a way : BASTE

We took our word “pirouette” directly from French, in which language it has the same meaning, i.e. a rotation in dancing. “Pirouette” is also the French word for “spinning top”.

23 What aspirin can prevent : CLOT

“Aspirin” used to be a brand name for the drug acetylsalicylic acid. Aspirin was introduced by the German drug company Bayer AG in the late 1800s. As part of the war reparations paid by Germany after WWI, Bayer AG lost the use of the trademark “Aspirin” (as well as the trademark Heroin!) and it became a generic term.

Our word “facade” has been meaning “front of a building” since the mid-17th century. We started using the term figuratively, to mean “superficial appearance”, in the mid-19th century. “Façade” is the original French word with the same meaning, from which our English term derives.

A venue is a specified locale used for an event. The term “venue” came into English via French from the Latin “venire” meaning “to come”. So, a “venue” is a place to which people “come” for an event.

The Spanish suffix “-ero” can be added to a noun to describe someone who works with that “noun”. Examples would be a “vaquero” (a cowboy working with a “vaca”, a cow) and a “torero” (a bullfighter fighting a “toro”, a bull).

3 Pigeon pose, for one : ASANA

27 Currency whose symbol is ฿ : BAHT

The baht is the currency of Thailand. One baht is subdivided into 100 satang.

31 Many a promoter of human rights or voting rights, for short : NGO

42 Where the piano was invented : ITALY

44 Jacks are male ones : ASSES