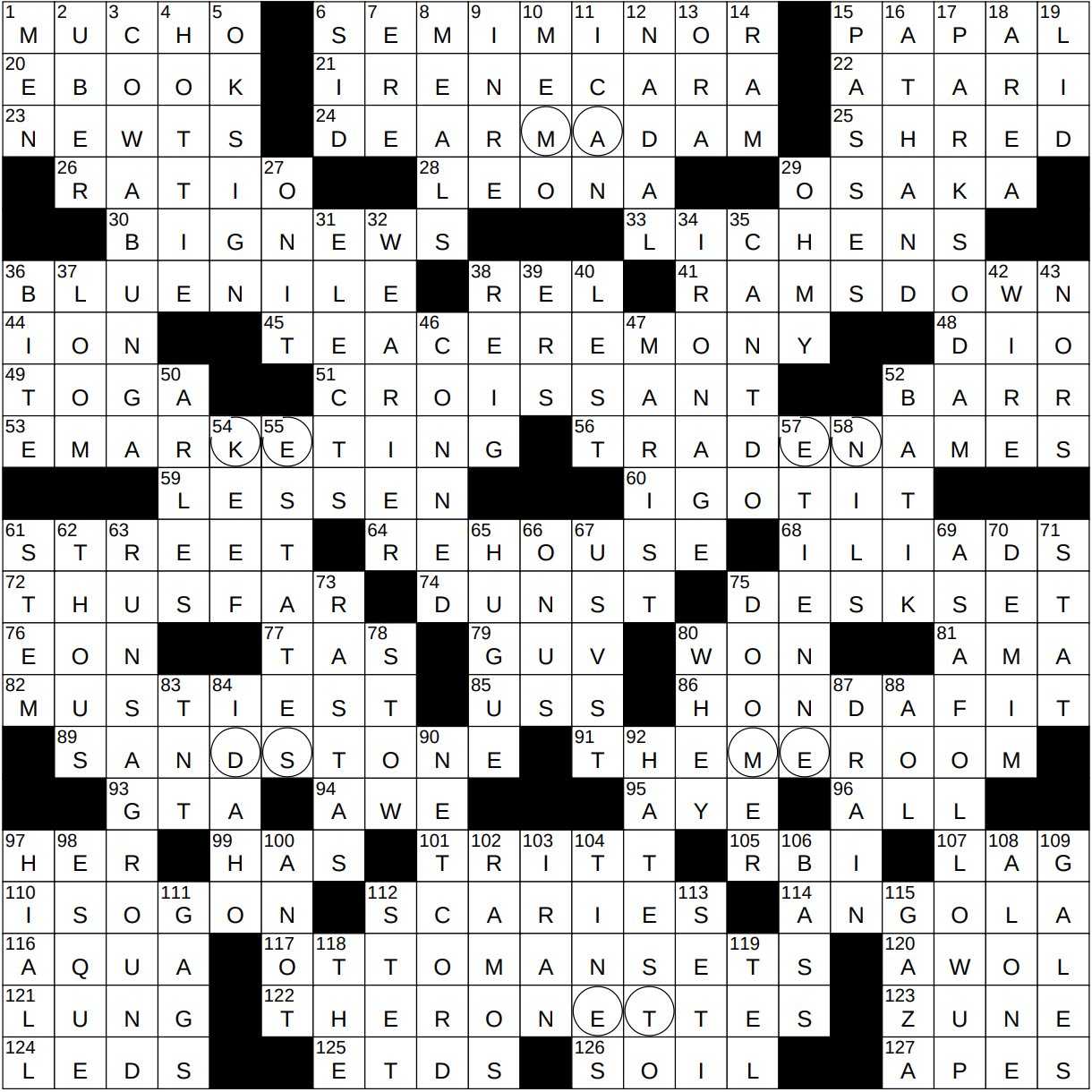 Themed answers start off in the down-direction and then turn 90 degrees into the across-direction. They also come in pairs, TERMINATING side-by side inside a shared across-answer. And, the circled letters in the grid spell out “MAKE ENDS MEET”:

“Get Out” is a 2017 horror film written and directed by Jordan Peele. I don’t do horror, but I do hear that this one is well made …

51 Pastry with the same shape as an Argentine medialuna : CROISSANT

William Barr was US Attorney General for two years in the administration of President George H. W. Bush before being appointed Attorney General by President Donald Trump in 2019. When not working, Barr is a very enthusiastic player of the Scottish bagpipes.

Kirsten Dunst is a Hollywood actress from Point Pleasant, New Jersey. She is perhaps best known for playing the love interest and female lead in the “Spider-Man” series of movies opposite Tobey Maguire. Personally, my favorite Dunst films are “Wimbledon” and “Marie Antoinette”. Dunst is a dual citizen of the US and Germany, as her father is from Hamburg.

“Guv” is an informal word used in the UK, and a shortened form of “governor”. It is usually a friendly address to a man, sort of like our “Mac” or “Dad”.

80 Currency for the prize on “Squid Game” : WON

“Squid Game” is a brutal survival drama TV series made in South Korea for Netflix. The title refers to a Korean children’s game, and the show itself features a series of children’s games. The players are adults, all of whom are in debt. They play a deadly series of games in the hope of surviving, and winning a multimillion-dollar prize. As I said, brutal …

82 Most unpleasantly old and mildewy : MUSTIEST

85 Letters before Constitution or Enterprise : USS …