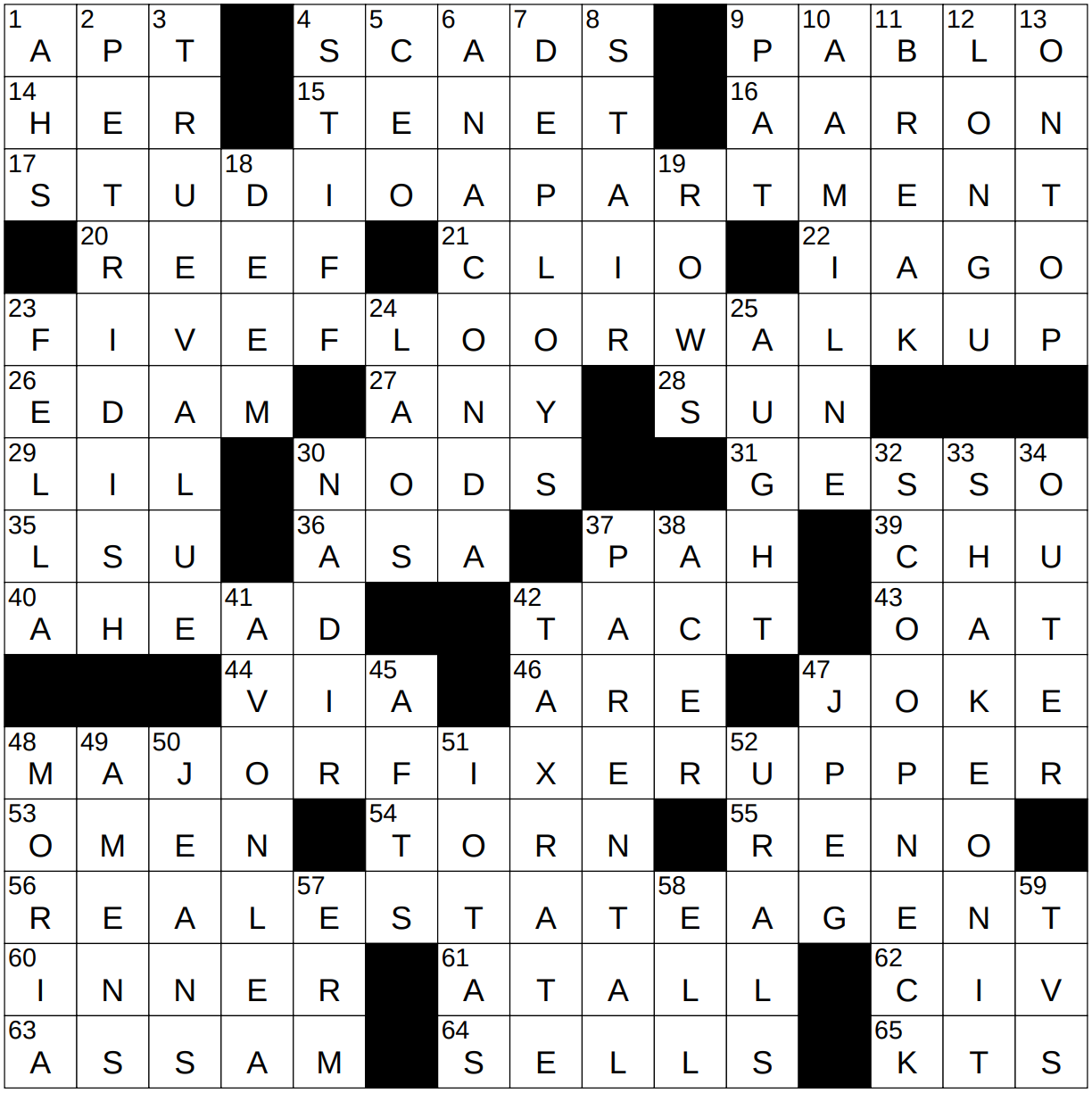 Themed clues are each euphemisms that might be used by a REAL ESTATE AGENT in trying to sell the corresponding themed answer:

15 Something to live by : TENET

“Studio” comes into English via Italian from the Latin “studium” meaning “room for study”. The meaning was extended into “studio apartment” in the early 1900s.

Sponges are multicellular organisms that live underwater. They are animals with bodies that are full of holes and channels through which seawater freely circulates. Sponges have no digestive or circulatory system as such and instead rely on the movement of water to supply food and oxygen, and to remove waste material.

28 Symbol in the center of the Japanese flag : SUN

The Japanese flag is white, with a red disc in the center that represents the sun. Japan has been referred to as the land of the rising sun at least since the 12th century.

35 Sch. with the mascot Mike the Tiger : LSU

“Real estate agent” is a general, generic term. “Realtor” is the name given to a member of the trade association known as the National Association of Realtors (NAR). The NAR has gone so far as to trademark the term “Realtor” in the US.

6 1997 horror film with the tagline “When you can’t breathe, you can’t scream” : ANACONDA

“Anaconda” is one of those adventure-horror films, which is not my favorite genre of cinema. It was released in 1997 and had a big cast that included Jennifer Lopez, Ice Cube, Jon Voight and Owen Wilson. The critics hated it, but the public flocked to see it. Money talks, so three sequels were made.

The word “usual” starts with a long letter U.

30 You can’t get lower than this : NADIR

In a progressive tax system, brackets are income divisions with different rates of taxation.

48 Where Gandalf declares “You shall not pass!” : MORIA

Moria is a Middle-earth location in Tolkien’s “The Lord of the Rings” series of fantasy novels. It is home to the Dwarf clan called the Longbeards.

50 Clothes that may come ripped : JEANS