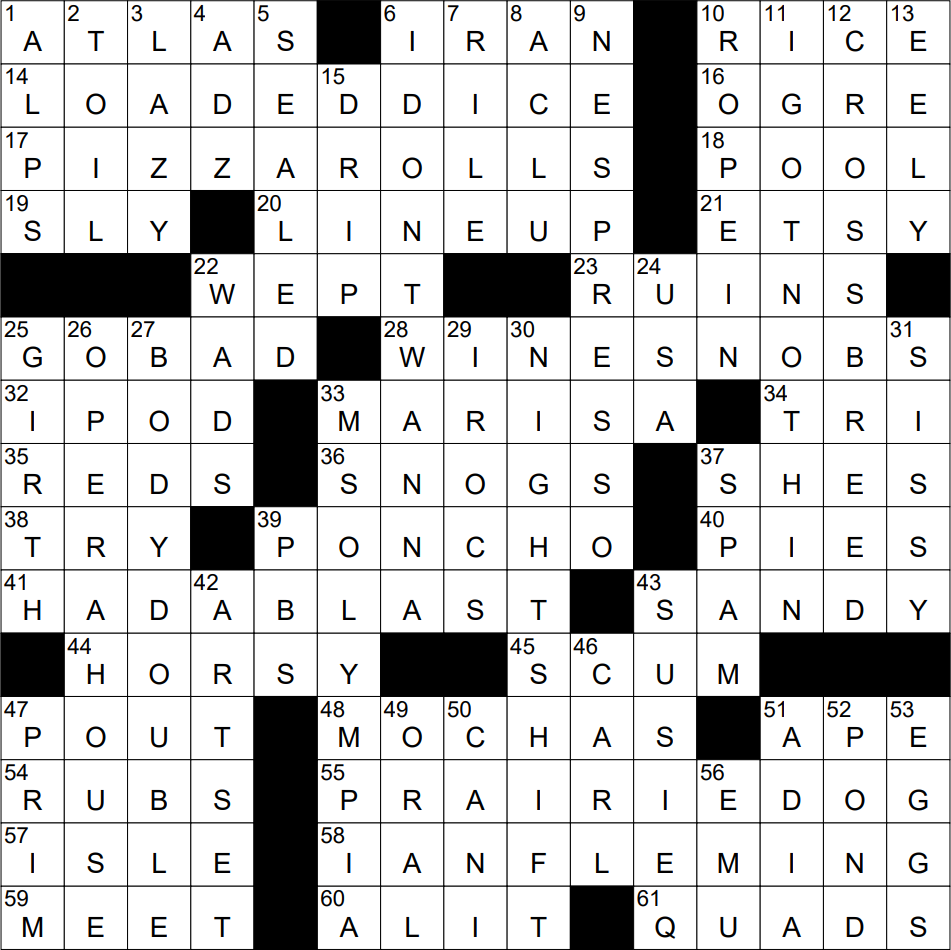 The triceps brachii muscle is found at the back of the upper arm. The muscle’s name translates from Latin to “three-headed arm muscle”, fitting as it is actually made up of three bundles of muscles.

“She’s Gone” is a song written and released by Daryl Hall and John Oates in 1973, and later recorded by the band Tavares.

55 Animal that’s more akin to a squirrel than a canine, despite its name : PRAIRIE DOG

The prairie dog is a type of ground squirrel that is found in the grasslands of North America. Prairie dogs are so named because they inhabit prairies and because they have a warning call that is similar to the bark of a dog.

A Nespresso machine brews espresso from single-use capsules of ground coffee. The machine was invented by a Nestlé employee in Switzerland in 1976. “Nespresso” is a portmanteau of “Nestlé” and “espresso”. I’m a big fan, and am drinking a cup of decaf from mine right now …

15 Problem for a plumber : DRIP

The Ms. Olympia contest is a women’s bodybuilding competition that was first held in 1980.

“Reading Rainbow” is an award-winning children’s television series that aired on Public Television from 1983 to 2006. The mission of the show was to encourage children to read. “Reading Rainbow” was hosted by the actor LeVar Burton (from “Roots” and “Star Trek: The Next Generation”).

“Puritan” was a pejorative term used in the 1560s to describe a Protestant extremist who was not satisfied with the extent of the reformation of the Church of England. The Puritans advocated further reforms, believing that the Church of England still harbored a lot of corruption. Facing staunch resistance to their ideals in Britain, many of the Puritans emigrated, the first wave to the Netherlands, with later emigrants moving to New England.

52 Setting for many a Monet painting : POND