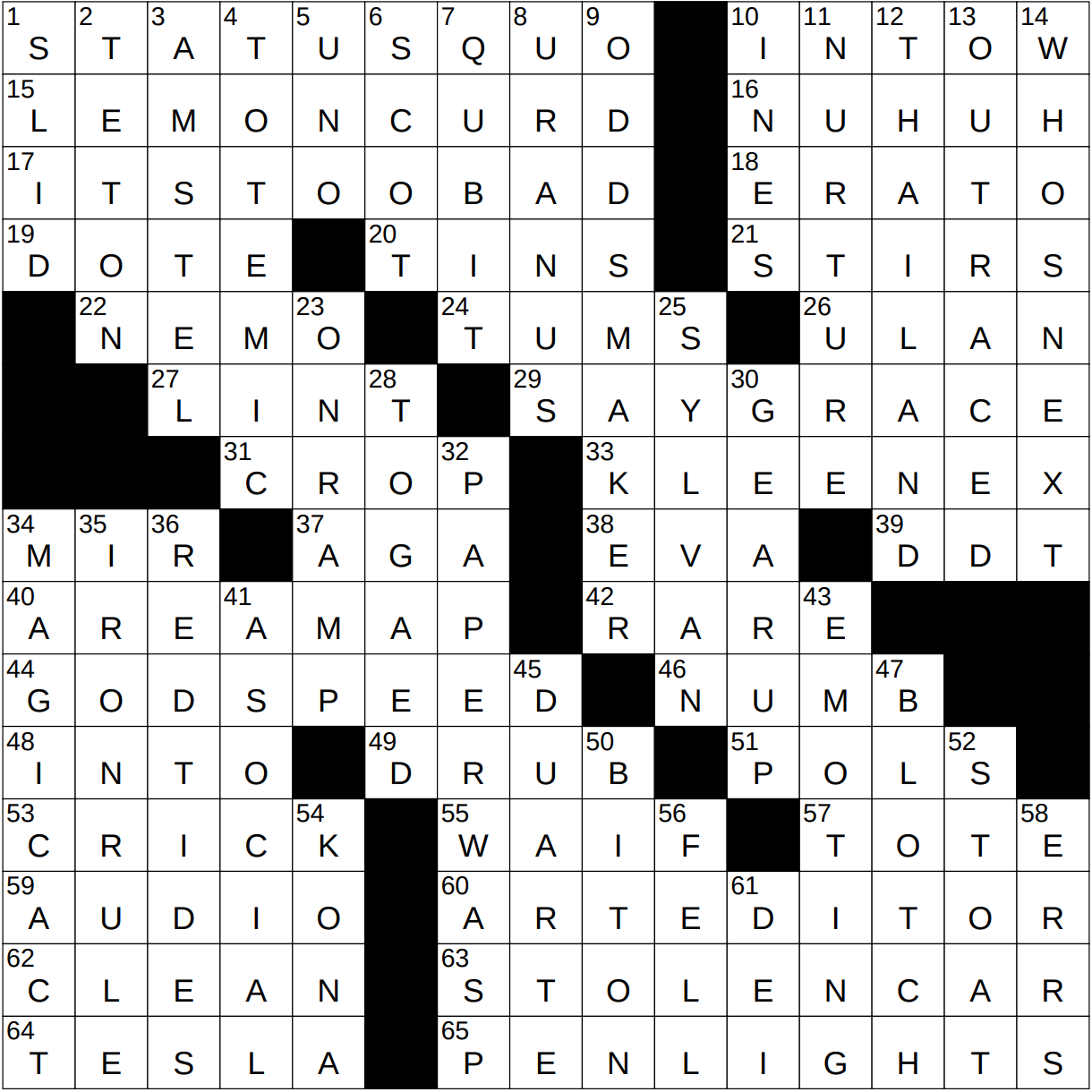 1 Something a provocateur opposes : STATUS QUO

The main ingredient in Tums antacid, made by GlaxoSmithKline, is calcium carbonate. Tums have been on the market since 1930. If you want to save a few pennies, Target brand antacid is identical to Tums, or so I hear …

27 What some screens catch : LINT

33 Offering with a blessing? : KLEENEX

Teton County, Wyoming is home to the Grand Teton National Park and the town of Jackson Hole. Teton has the distinction of having the second highest personal per capita income of any county in the US ($94,672 in 2010), second only to New York County ($111,386 in 2010).

3 River for which a European capital is named : AMSTEL

Amsterdam is the cultural capital and the commercial capital of the Netherlands, but not the administrative capital. That honor goes to the Hague. Amsterdam’s name translates as “Dam on the river Amstel”.

All of the planets in the Solar System, except for Earth, were named for Greek and Roman gods and goddesses:

Mission Santa Ines is located in the beautiful city of Solvang, California, a city with marked Danish influences.

A sylvan area is wooded, covered in trees. “Silva” is the Latin word for “forest”.

Paper wasps usually build their nests from “paper”, hence the name. The female wasps collect wood fibers and dead plant tissue in their mouths. These materials make a paper pulp when mixed with saliva. The nest itself is a collection of hexagonal cells with paper walls.