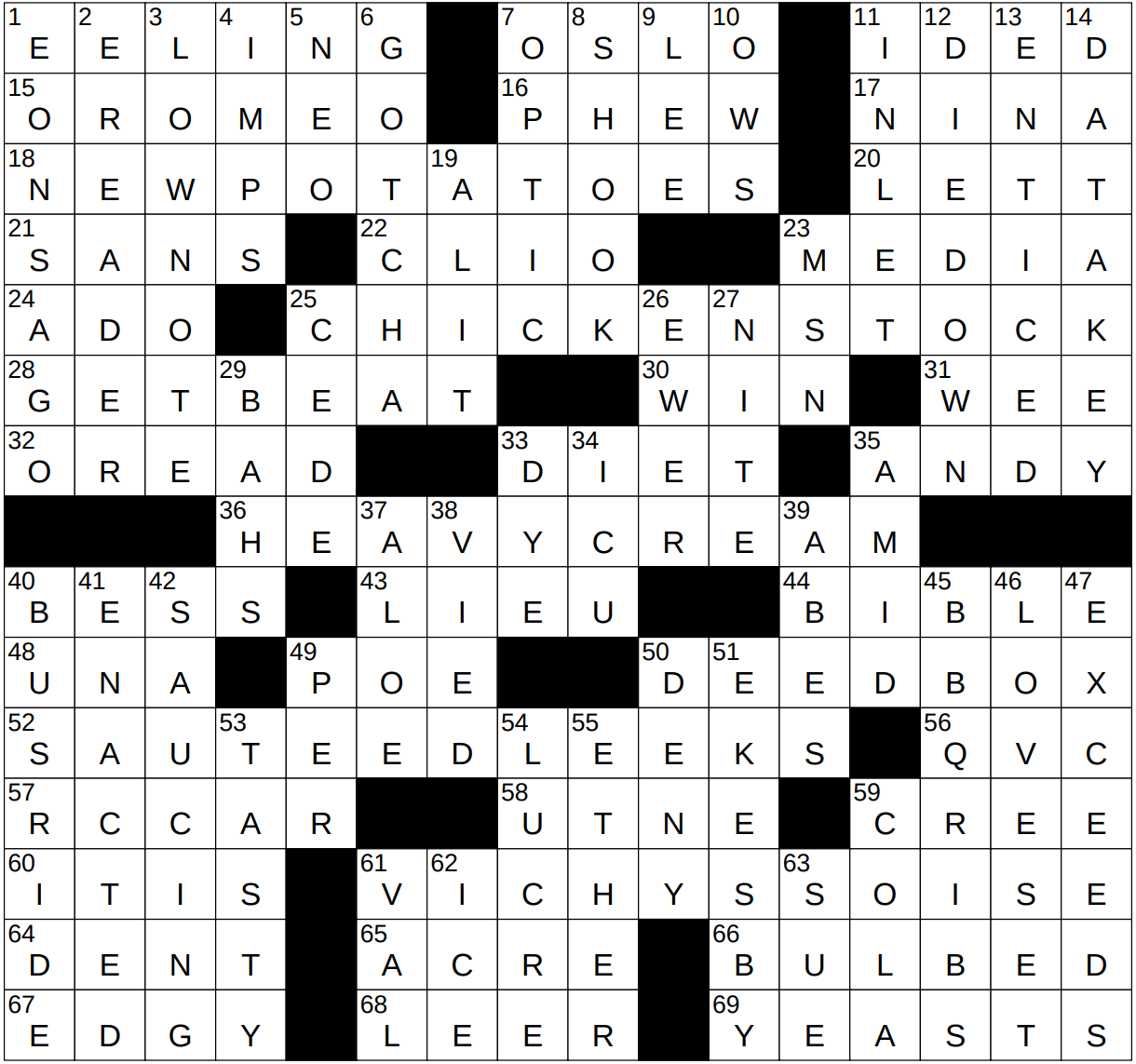 Themed answers give us a recipe for VICHYSSOISE:

Chesapeake Bay is on the Atlantic coast and is surrounded by the states of Maryland and Virginia. It is the largest estuary in the whole country, with over 150 rivers and streams draining into it, including the Potomac.

15 Start of a classic question in Shakespeare : O ROMEO …

“Sans souci” is a French term that translates literally as “without worry”, so we use it to mean “carefree”.