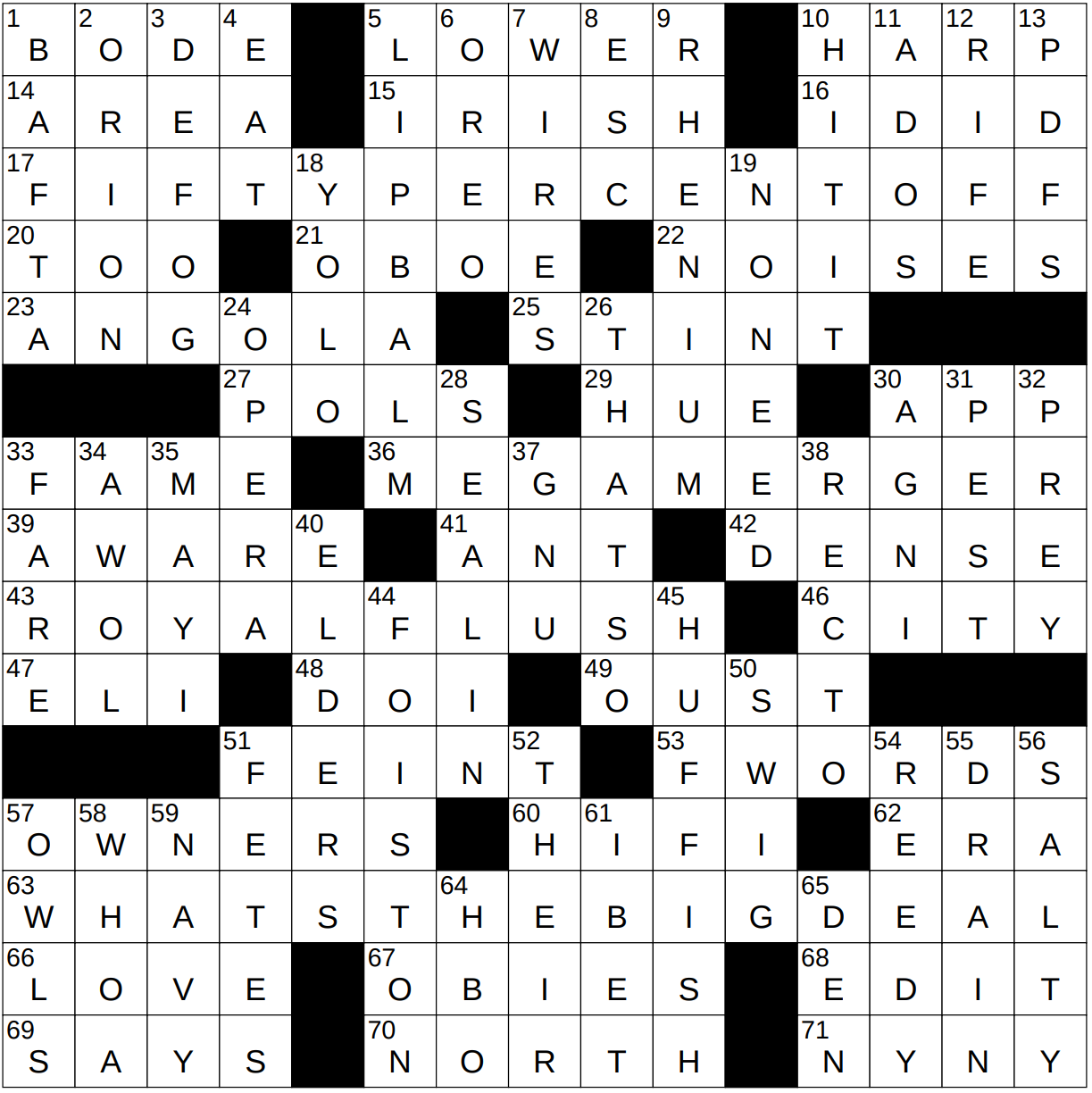 To harp on something is to talk about it too much. The original expression with the same meaning was “to harp on the same string”, which is a reference to the musical instrument.

Emily Dickinson wrote nearly 1800 poems in her lifetime, with less than a dozen published before she died in 1886. Emily’s younger sister discovered the enormous collection, and it was published in batches over the coming decades. Try this one for size:

The study of ants is known as myrmecology. The term “myrmecology” derives from the Greek “myrmex” meaning “ant”.

A city slicker is a person accustomed to an urban lifestyle, and who is particularly unsuited for life in a rural setting. When the term was coined, it was used somewhat derisively by rural Americans. However, that implication seems to have softened somewhat over the years.

60 Ideal for audiophiles, in brief : HI-FI

Hi-fi systems were introduced in the late 1940s. They are pieces of audio equipment designed to give a much higher quality reproduction of sound than cheaper systems available up to that point. “Hi-fi” stands for “high fidelity”.

66 It means nothing at Wimbledon : LOVE

The BAFTA awards are presented annually by the British Academy of Film and Television Arts (BAFTA). The BAFTAs are the UK equivalent of the US’s Oscar and Emmy awards, all rolled into one.

A hero is a submarine sandwich. It originated in New York City in the 1800s among Italian immigrants who wanted an Italian sandwich that reminded them of home. The name “hero” was coined in the 1930s, supposedly by a food critic in the “New York Herald Tribune” when he wrote that “one had to be a hero” to finish the gigantic sandwich. Hero is a prevalent term to this day in New York City, reserved for a submarine sandwich with an Italian flavor.

6 Snack item sometimes shown in ads next to a glass of milk : OREO

9 Metal next to tungsten on the periodic table : RHENIUM

13 E-tickets often come as these : PDFS

Although Maria Callas was born in New York City, she was educated in music in Greece and launched her career in Italy. Her marvelous performances earned her the nickname “La Davina”, and she was described by Leonard Bernstein as “the Bible of opera …”

The gnu is also known as the wildebeest, and is an antelope native to Africa. “Wildebeest” is a Dutch word meaning “wild beast”.

44 Shove down the throat of : FOIST ON

The word “foist”, meaning “to pass off fraudulently as genuine”, comes from the Dutch word meaning “take in hand”. The original concept came from playing dice, in which one die was held surreptitiously in one hand.

Bagpipes have been played for centuries all across Europe, in parts of Asia and North Africa, and in the Persian Gulf. However, the most famous versions of the instrument today are the Scottish Great Highland bagpipe and the Irish uilleann pipes (my personal favorite; I’m biased!). The bag in the Scottish version is inflated by blowing into it, whereas the Irish version uses a bellows under the arm.

“Euphoria” is an HBO teen drama show that is loosely based on a miniseries of the same name from Israel. Lead actress in the show is Zendaya, who plays a recovering teenage drug addict.