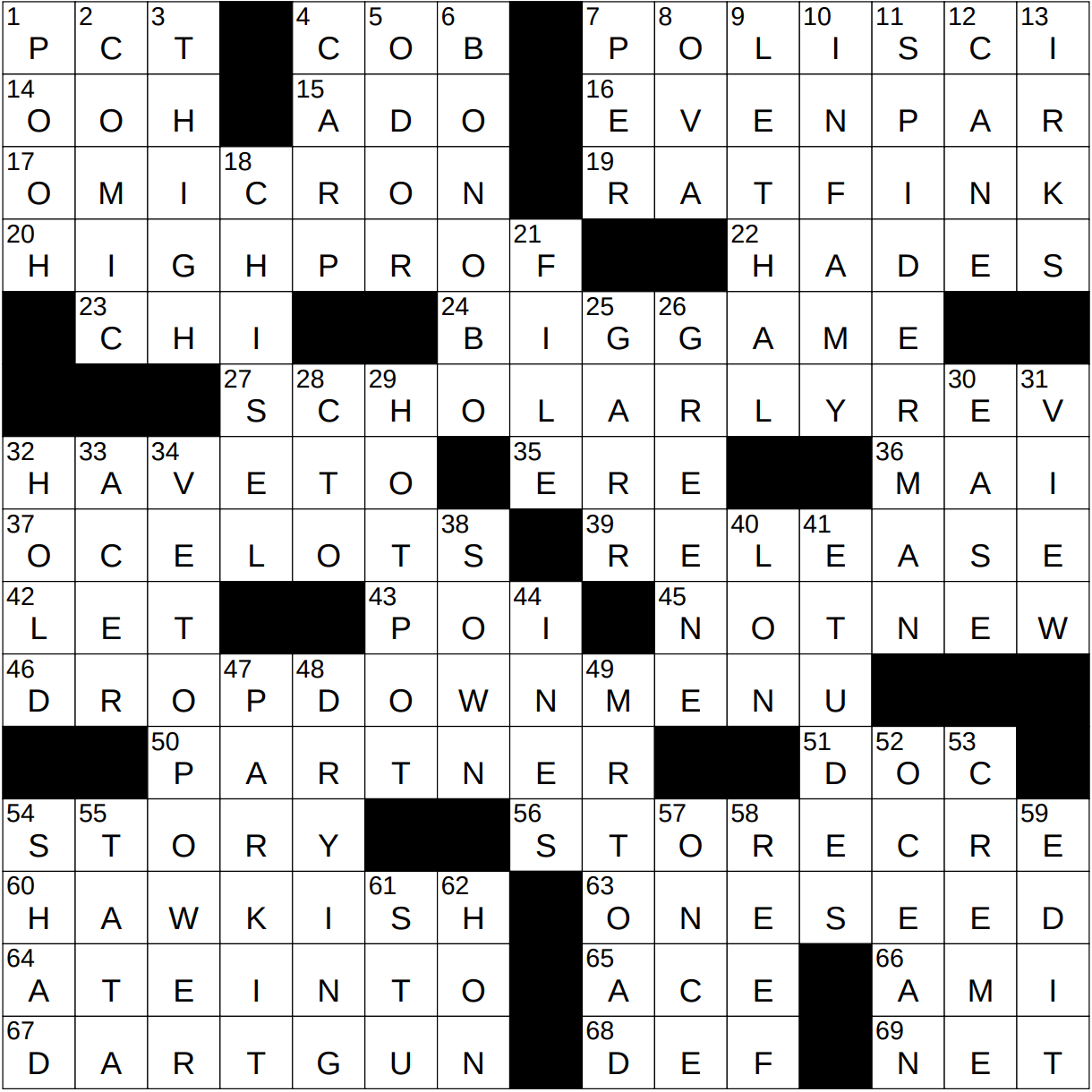 Themed answers each end with a command found in a DROP-DOWN MENU. That command DROPS DOWN from the across- to the down-direction:

16 Neither over nor under, but a round? : EVEN PAR

A fink is an informer, someone who rats out his or her cohorts.

The Chicago Cubs are one of only two charter members of the baseball’s National League who are still playing, the other being the Atlanta Braves. The Cubs won the World Series in 2016 for the first time since 1908, which is a long time ago. In fact, the Cubs had the longest championship drought of any professional sports team in North America.

37 Cats with the unique ability to turn their ankle joints around : OCELOTS

The ocelot is a wild cat found mainly in South and Central America, although there have been sightings as far north as Arkansas. An ocelot doesn’t look too different from a domestic cat, and some have been kept as pets. Perhaps most famously, Salvador Dali had one that he carried around everywhere with him.

67 Nerf product that might be used to bother a sibling : DART GUN

Limburger is a delicious, strong-smelling cheese from Germany. It originated in the Duchy of Limburg which was located partly in the modern-day Netherlands, Belgium and Germany.

6 Relative of a chimpanzee : BONOBO

40 Chaney known as “The Man of a Thousand Faces” : LON

49 Character with a “Wild Ride” at Disneyland : MR TOAD

The shad is also known as the river herring. The eggs (roe) of the shad are prized as a delicacy, especially in the Eastern US.